Hofstra opened its season with a win for the fourth consecutive season as the Pride held off Army West Point 77-74 despite trotting out a lineup of just seven players Friday night. END_OF_DOCUMENT_TOKEN_TO_BE_REPLACED

The United States Military Academy spent almost $39 million on athletics during the 2015-16 school year, according to documents obtained by NYC Buckets. END_OF_DOCUMENT_TOKEN_TO_BE_REPLACED

Unless you’re at one of about 20 top schools in the country hiring a head coach is similar to recruiting. You go find the best one you can and hope they’re a good fit. END_OF_DOCUMENT_TOKEN_TO_BE_REPLACED 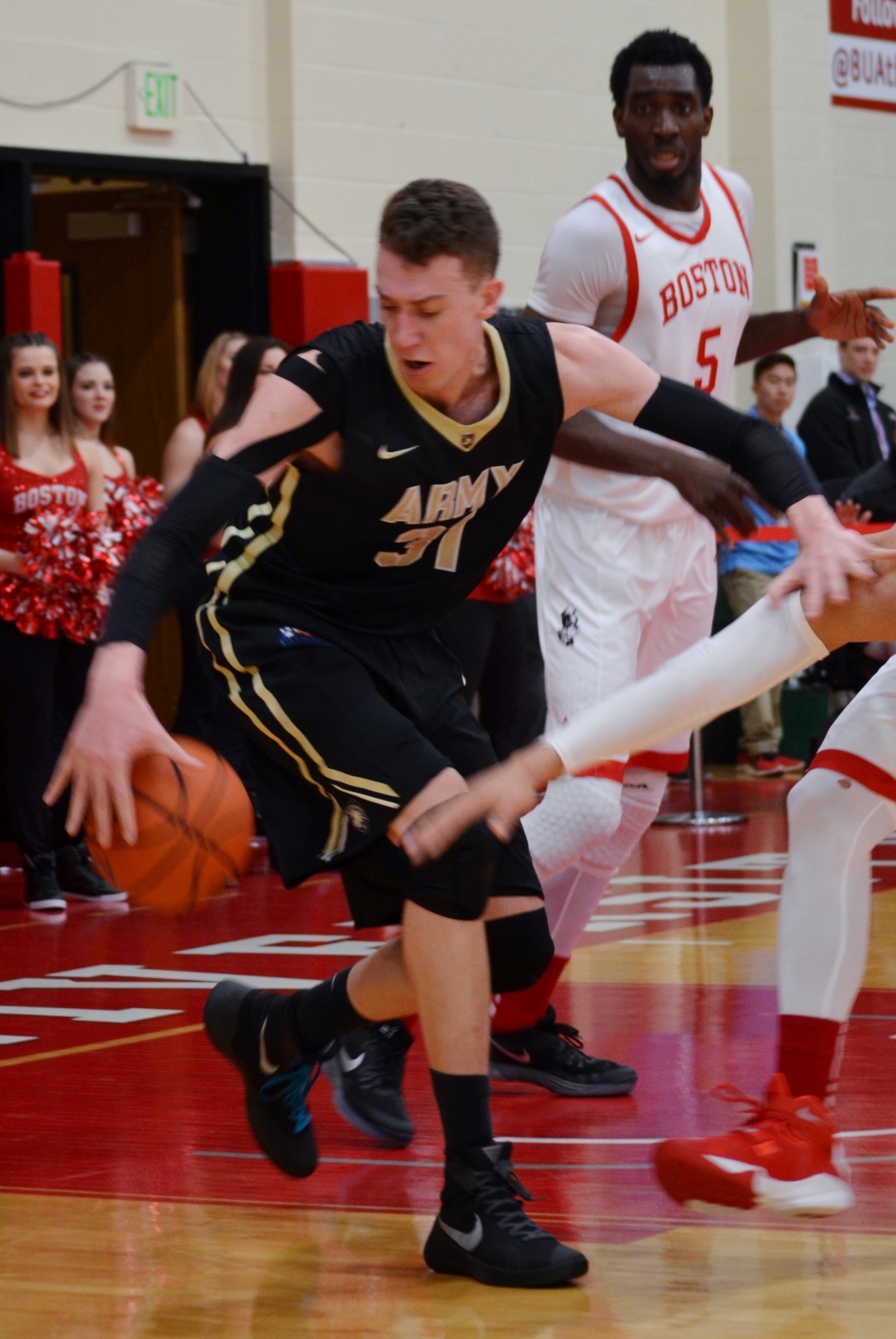 WEST POINT, N.Y. – The Army basketball team seemed to hit every bump and pothole in the road the last two seasons, derailing one of the best senior classes ever to play at West Point. END_OF_DOCUMENT_TOKEN_TO_BE_REPLACED

Army won’t finish with the Patriot League’s best record, and there’s a good chance it will play every playoff game on the road. But the Black Knights are surging at the right time — having won five straight after Tuesday’s win at Boston University — and they might be the team no one else wants to face next week in the Patriot League Tournament. END_OF_DOCUMENT_TOKEN_TO_BE_REPLACED 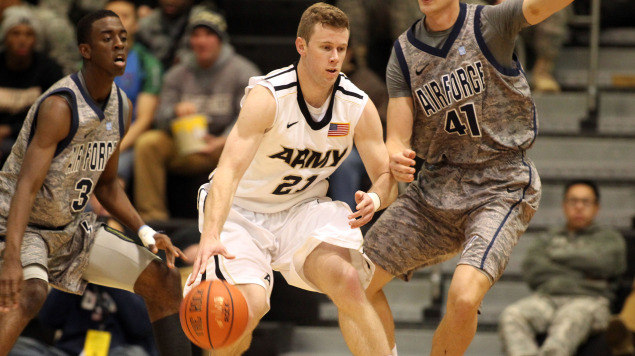 WEST POINT, N.Y. – Amongst the alleged crumbling of American society, there are two bastions of hope that refuse to allow excuses to infiltrate thought and slow down society: team sports and the military.

Therefore it was not surprising that the first words out of Army coach Zach Spiker’s mouth after another frustrating evening that culminated in a 76-67 loss to Boston University Wednesday night were: “Injuries are no excuse”.

His opposing number, Joe Jones, begged to differ a little. After all, Tanner Plomb was averaging 21.8 points per game (14th best in the nation) and making a case for Patriot League Player of the Year before going down with a knee injury and missing the last four games. Fellow senior Kevin Ferguson is a four-year contributor, and at 6’10”, essential to everything Army does as a rim protector, and now he has been out for three games with an ankle injury.

END_OF_DOCUMENT_TOKEN_TO_BE_REPLACED

WEST POINT, N.Y. – Zach Spiker had just 10 days after being hired to prepare for his first head coaching gig, but being a bit quixotic is part of how he got to be a head coach anyway just a couple of days after his 33rd birthday.

Army hadn’t had a winning record since 1984-85, you say? Didn’t matter, after all Spiker and his energy had helped make Cornell and his boss Steve Donahue an Ivy League powerhouse, surely anything was possible at West Point.

He and the Black Knights won nine of their first 11 games in that 2009-10 campaign, four of them against Ivy teams (that season Donahue and Cornell went to the Sweet 16), using a shutdown defense that was fourth nationally in defensive turnover rate. Alas, Army also finished 335th in offensive efficiency and finished 14-15 after losing to freshman C.J. McCollum and Lehigh in the Patriot League Tournament.

END_OF_DOCUMENT_TOKEN_TO_BE_REPLACED

The All-Metropolitan Men’s Basketball ballots were due yesterday. I’m a big fan of transparency, so for that reason I’m posting my full ballot here. END_OF_DOCUMENT_TOKEN_TO_BE_REPLACED

Favorites reigned in the Patriot League on the first night of college basketball’s postseason:

7. Navy 56, 10. Army 52 — The Midshipmen missed their first nine three-point attempts on Tuesday, but Zach Fong swished the 10th, wide open off a kick-out from Brandon Venturini, to break open a tied game in the final minute. Navy held on for its third win over Army this season and its first postseason victory since 2001.

A day after being named first-team all-conference, Worth Smith scored just four points on 2-15 shooting, his worst offensive performance of the season. But Smith contributed on defense, collecting 11 rebounds, three steals and three or four additional deflections. Will Kelly (13 points) and Tilman Dunbar (11) picked up the offensive slack in a low-scoring battle.

Army, picked second in the preseason poll, managed just .83 points per possession to close an underwhelming season. The Black Knights also struggled from three-point range (4-20) and had 11 shots blocked. A Patriot League Tournament-record eight of those came from Kelly, none bigger than this denial of Tanner Plomb (complete with a staredown):

8. Holy Cross 62, 9. Loyola (MD) 45 — In a less thrilling contest, the Crusaders jumped out to a 15-4 lead and led wire-to-wire. Loyola shot poorly from two-point range (16-42), worse from beyond the arc (2-15), and even struggled from the free-throw line (7-16). The hosts weren’t outstanding on offense, but 1.05 ppp were more than enough, led by matching 10s from Malcolm Miller, Matt Husek, Cullen Hamilton and Robert Champion.

Holy Cross has all the makings of a dark horse — the Crusaders have talent, they’ve now won five of seven, and they beat each of the top five seeds once this season. Four of those wins came at home (and the fifth in nearby Boston), however, and Holy Cross will play its remaining games on the road, where it went 2-7 in league play. 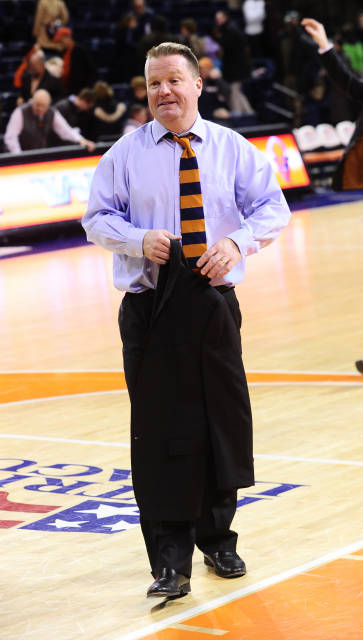 Those papers in the trash across the room are the discarded Patriot League scripts for the 2014-15 season. With some irony, I mentioned in my preview just before conference play started that the non-conference campaign had pretty much gone according to plan. END_OF_DOCUMENT_TOKEN_TO_BE_REPLACED