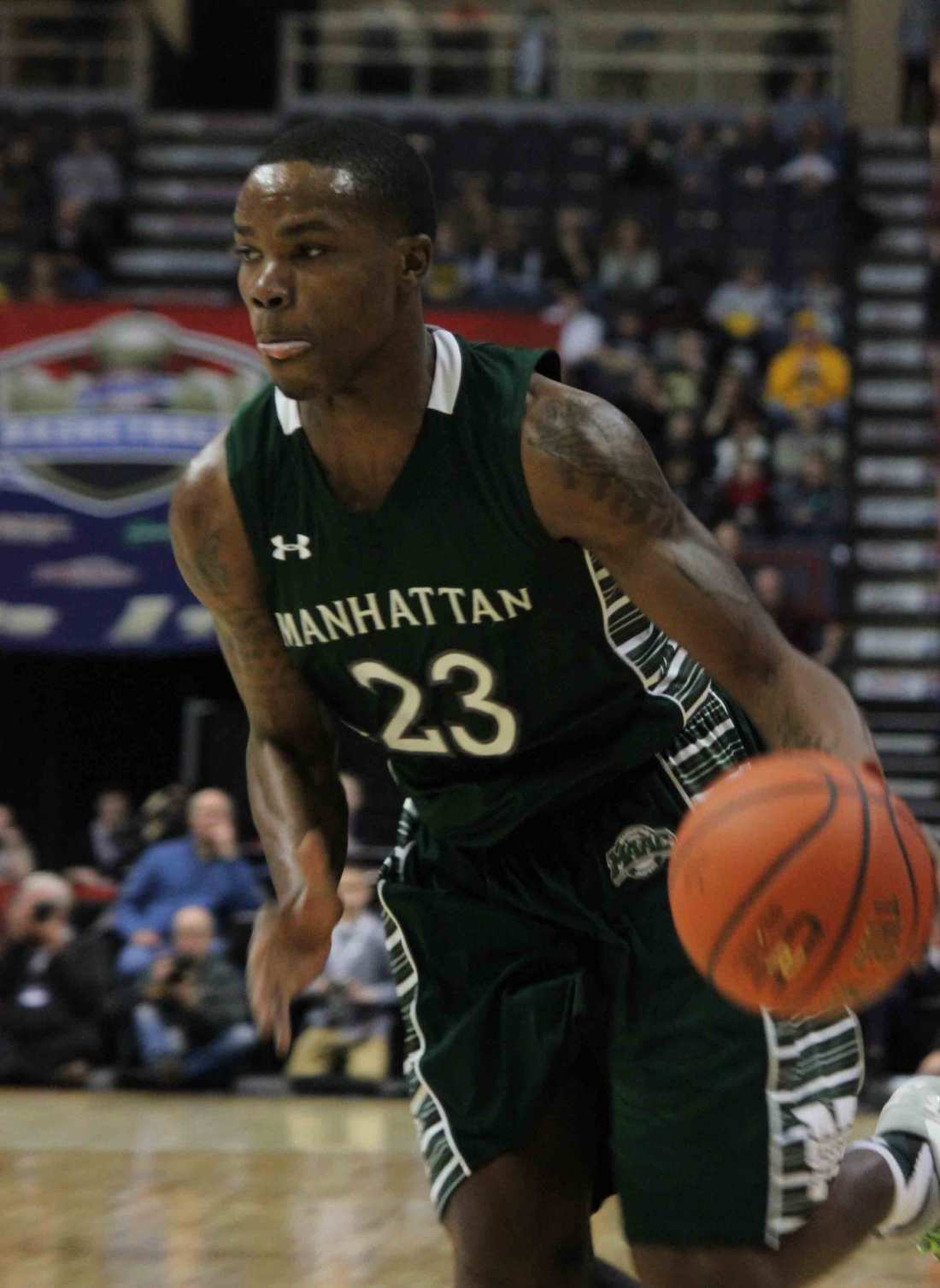 The concept of interchangeable parts helped revolutionize modern manufacturing in the 19th Century. Parts, made to the same standard of quality, that when put together form a machine. When one part required repair, it could be exchanged for a new version and the machine would work again. When one part failed, the machine itself was no longer doomed to fail with it. END_OF_DOCUMENT_TOKEN_TO_BE_REPLACED 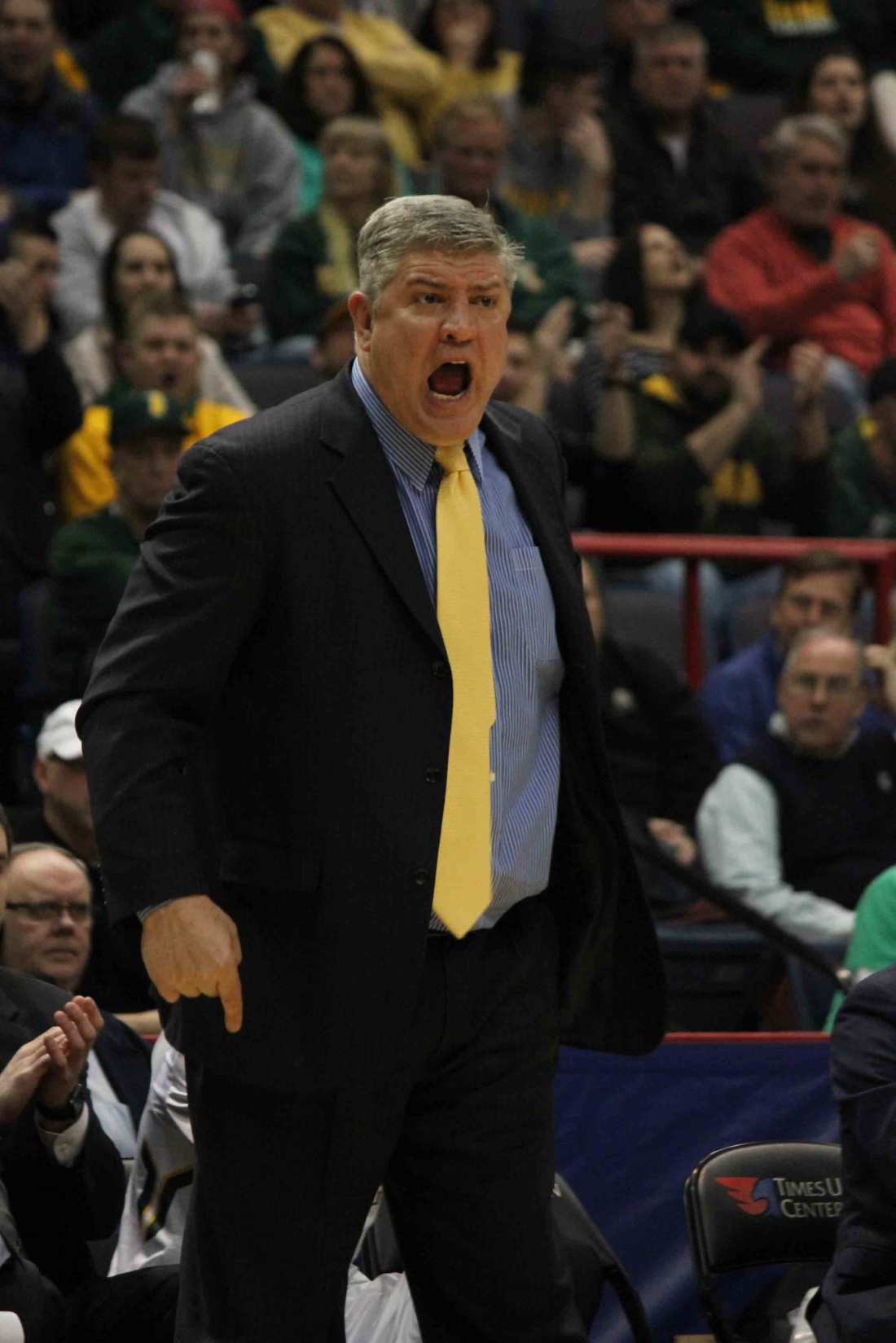 Albany, N.Y. – Manhattan’s reign is over. For the first time in three years, there will be a new MAAC tournament king after Siena knocked out back-to-back champion Manhattan 89-76 at the Times Union Center Saturday evening. END_OF_DOCUMENT_TOKEN_TO_BE_REPLACED 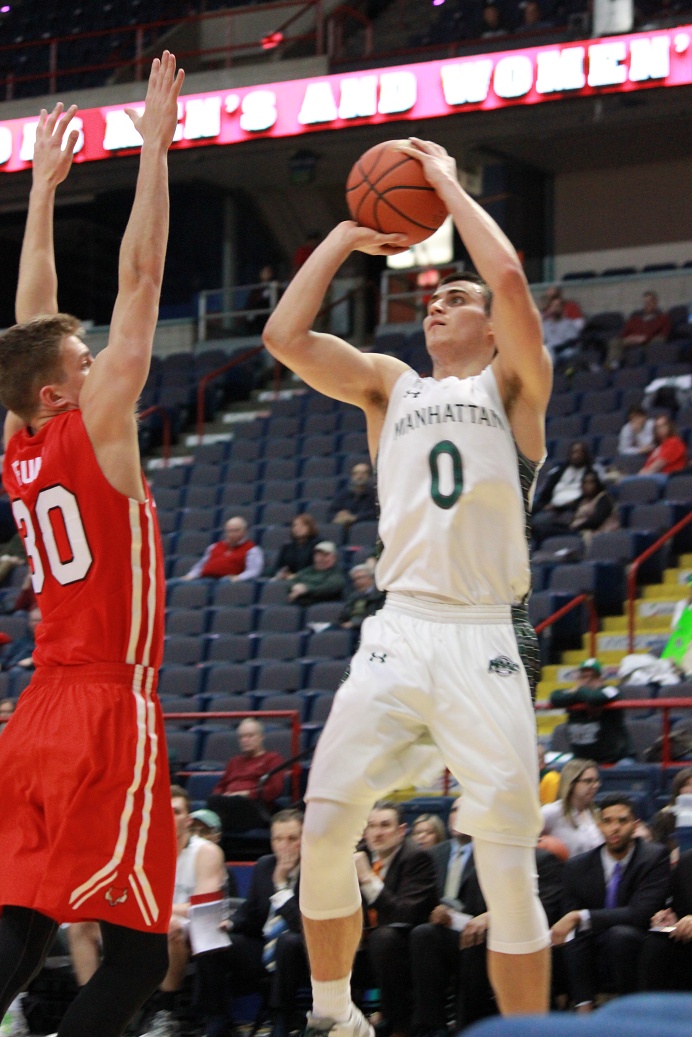 Albany, N.Y. – Manhattan took the first step in their journey toward a third consecutive MAAC tournament championship Thursday night with an 81-63 victory over 11-seeded Marist. END_OF_DOCUMENT_TOKEN_TO_BE_REPLACED 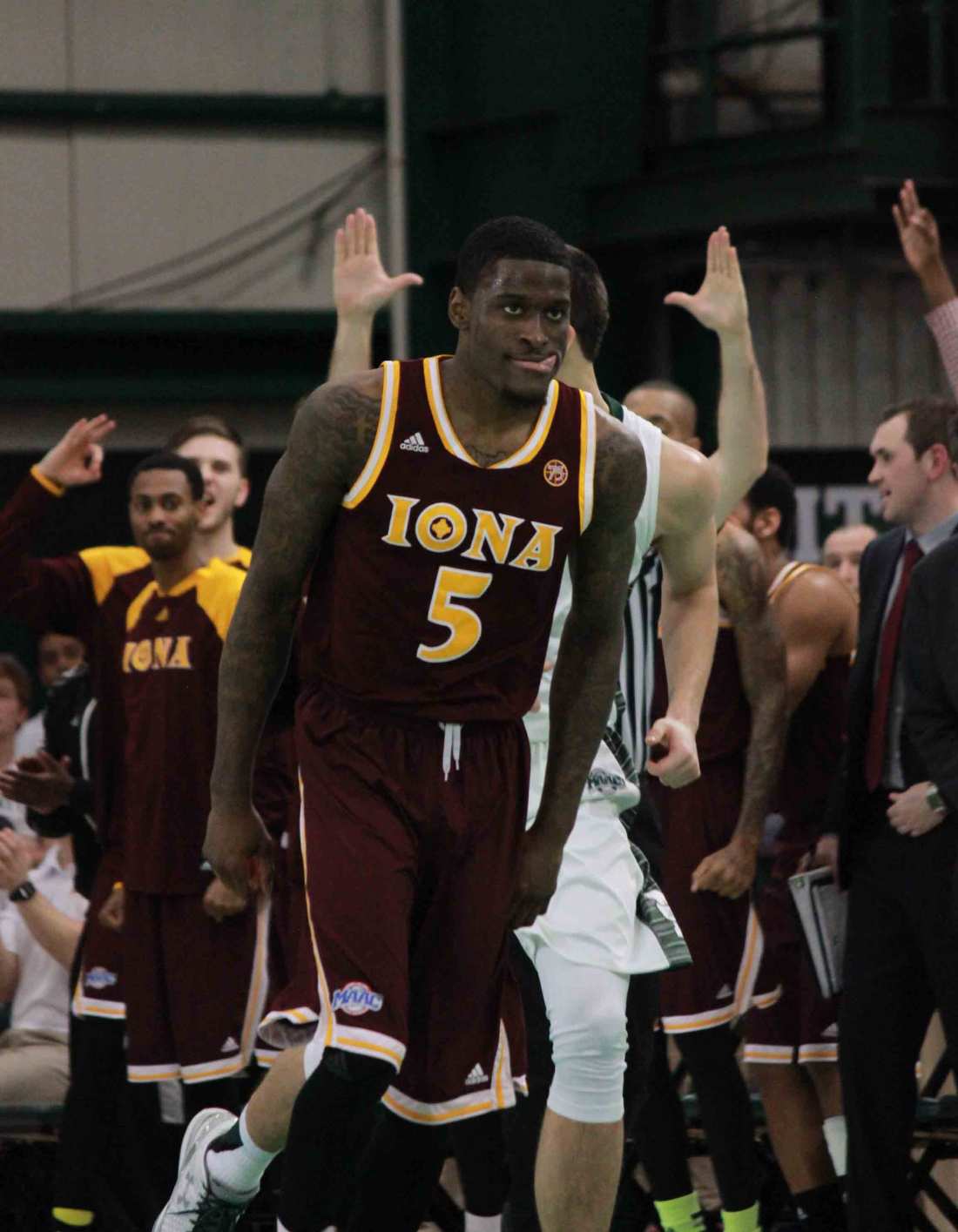 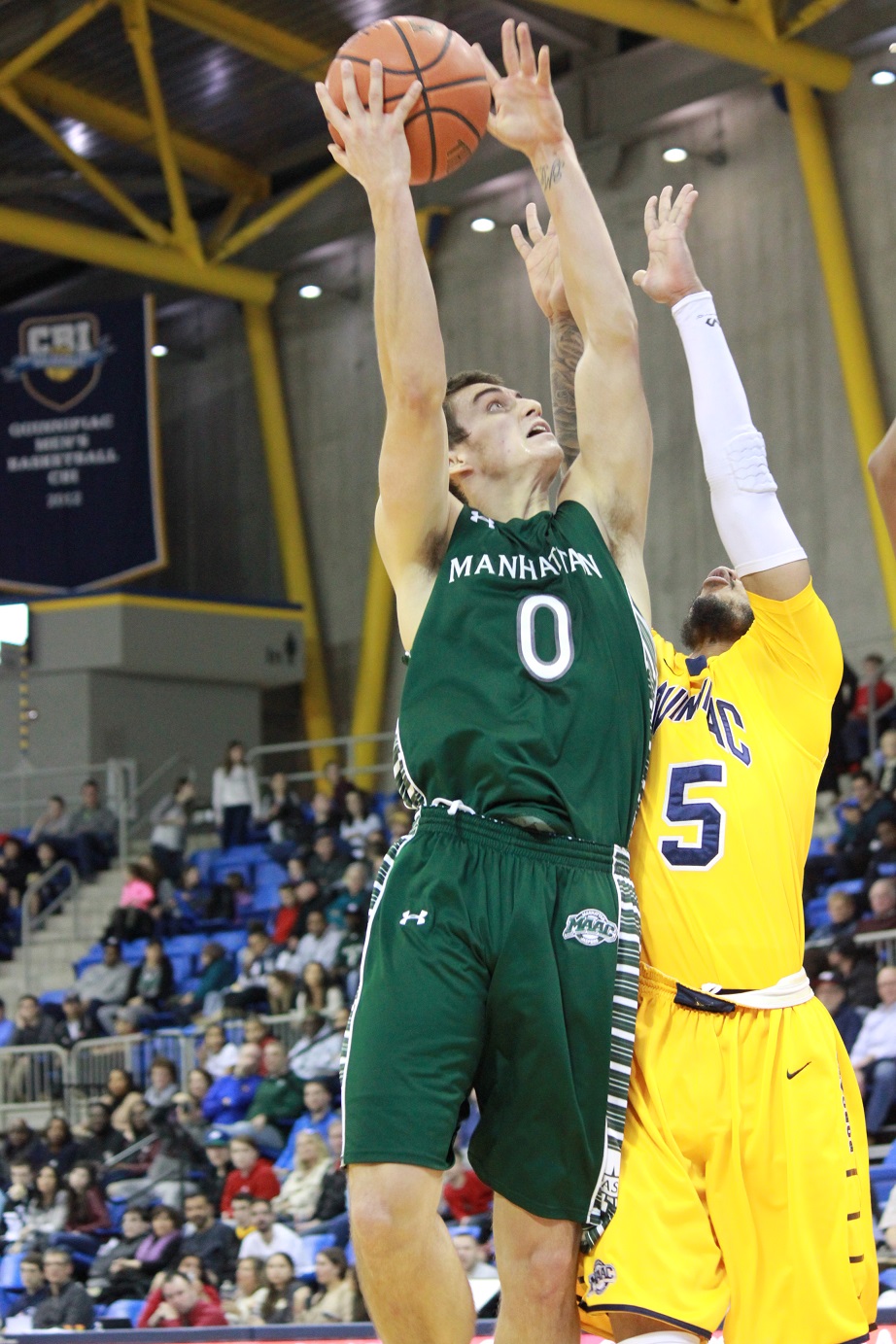 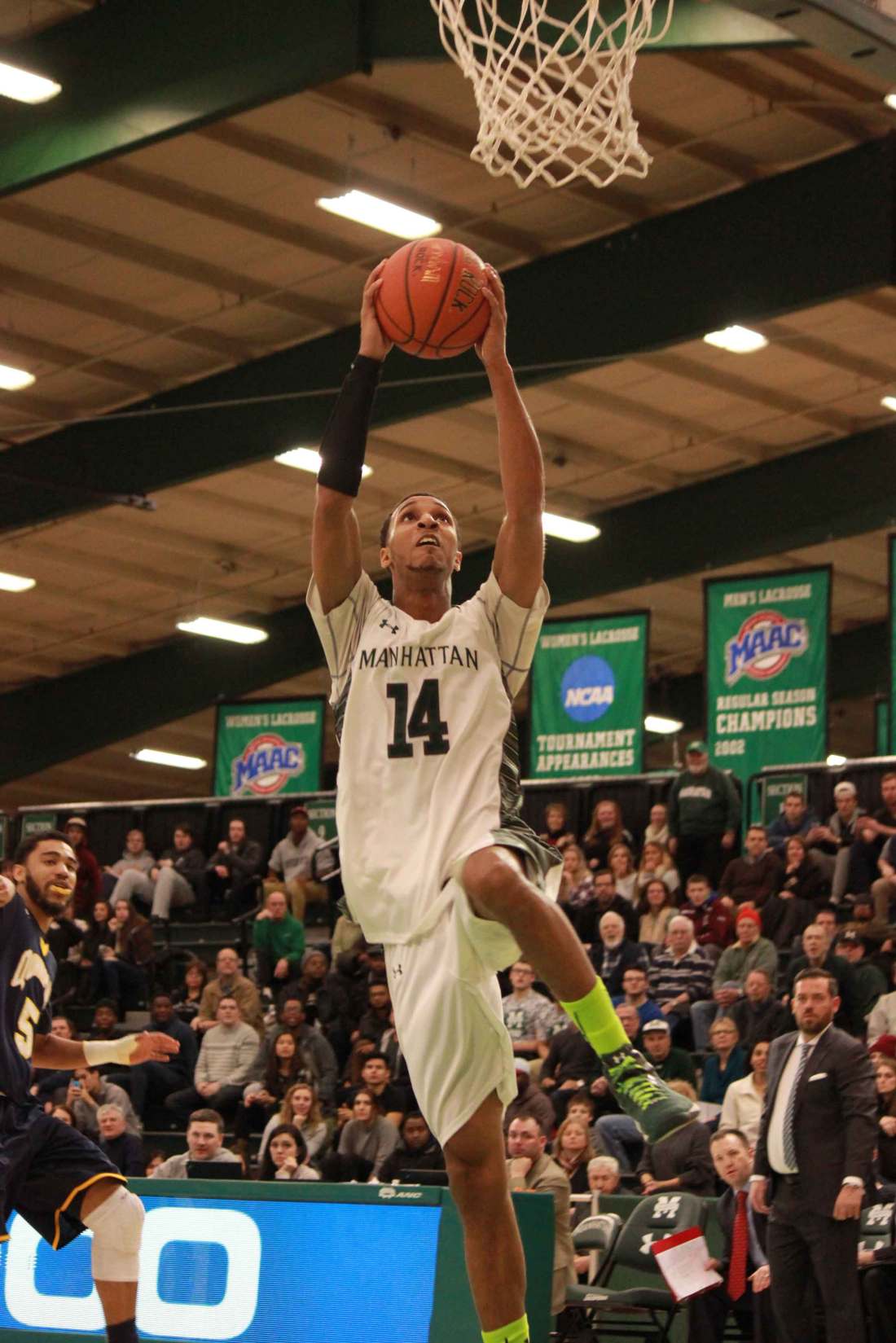 Manhattan shot 70.8% from the field in the second half as they erased a nine point halftime deficit and pulled away from Quinnipiac 84-77 Thursday night. END_OF_DOCUMENT_TOKEN_TO_BE_REPLACED 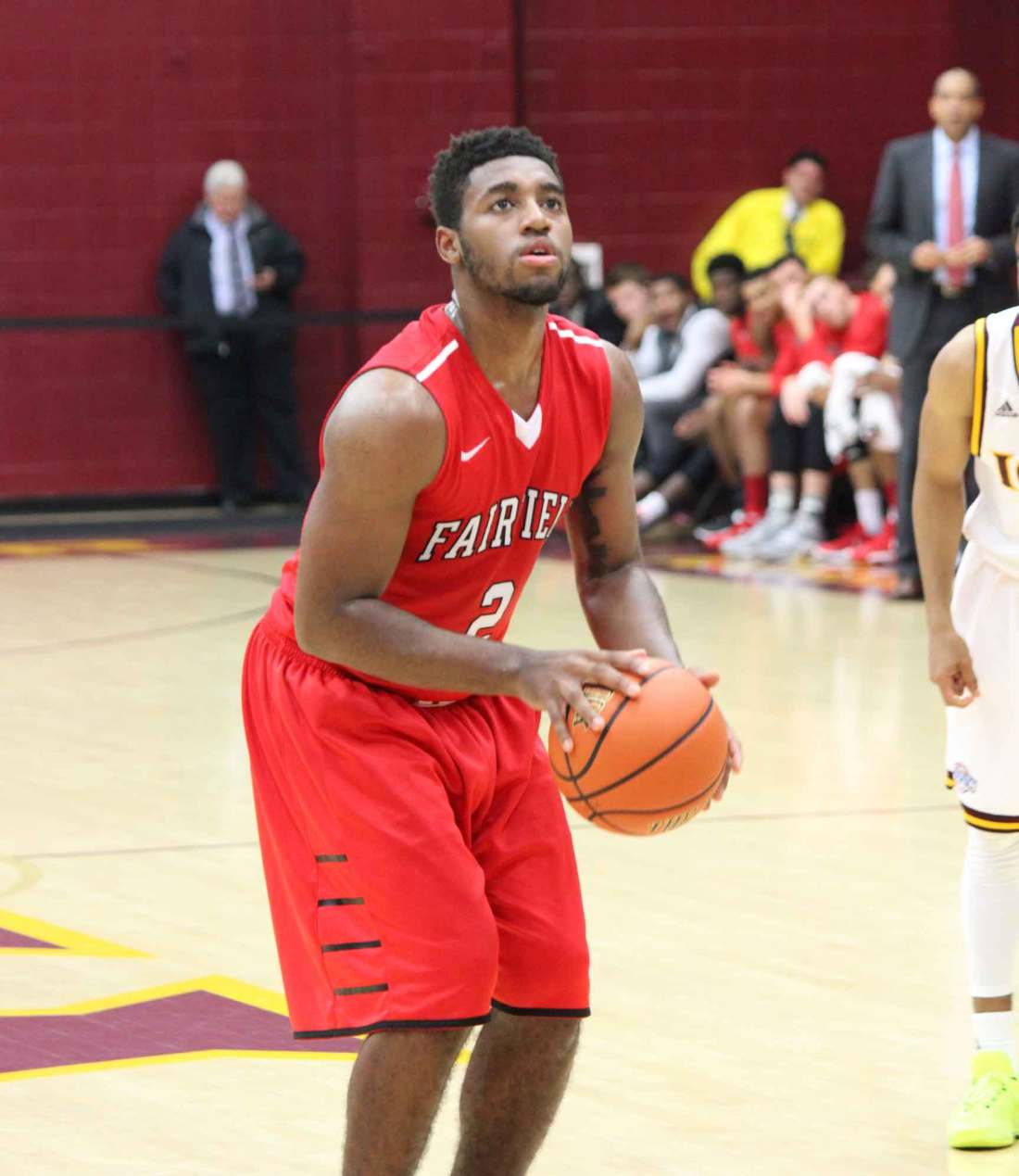 BRIDGEPORT, Conn. – Fairfield’s two leading scorers (and only two averaging double digits) – Marcus Gilbert and Tyler Nelson – combined for just two points (both Nelson’s), the Stags committed 13 turnovers, and … had a 16-point lead at the half over Manhattan Sunday afternoon?

Manhattan battled back from there, but was never quite able to get over the proverbial hump, falling for the 10th straight trip to Webster Bank Arena, 80-70.

END_OF_DOCUMENT_TOKEN_TO_BE_REPLACED 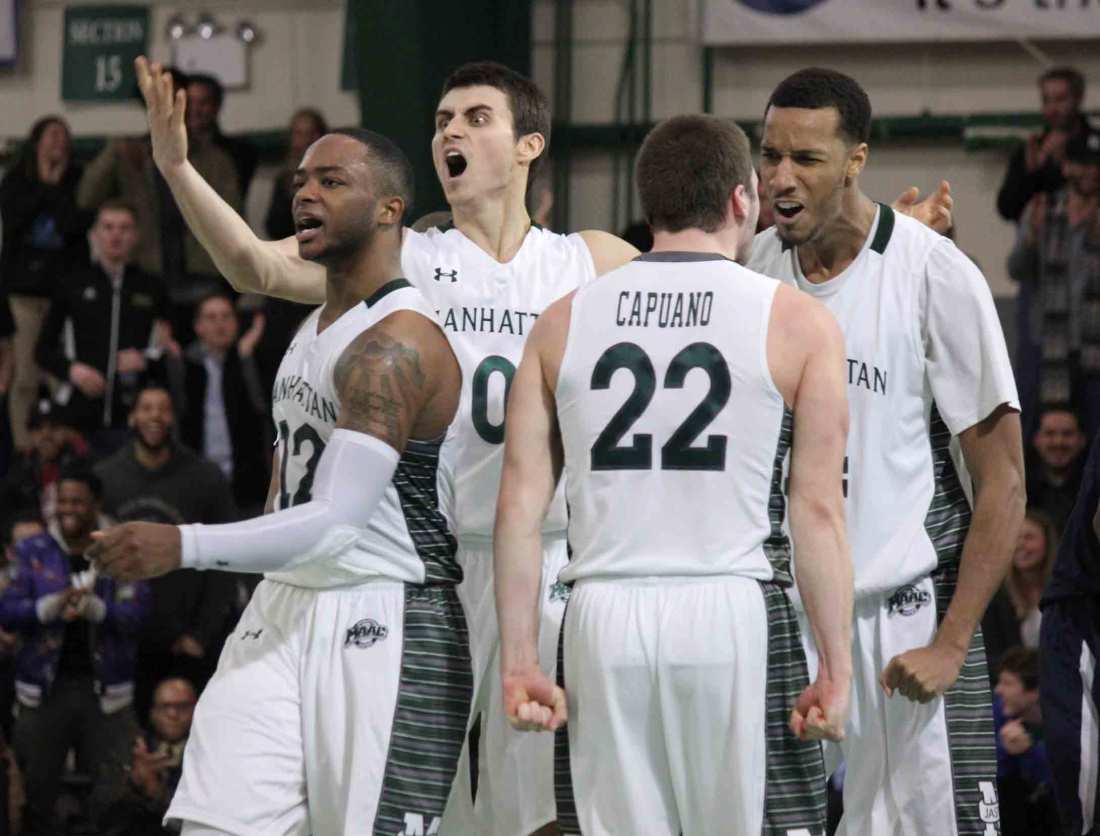 BRONX, N.Y. – It may have been far from beautiful, but eye of the beholder and such because all the reasons why the Monmouth, Iona, and Siena coaching staffs will be losing plenty of sleep worrying about Manhattan next month were apparent in the Jaspers’ 65-57 win over previously streaking Rider at Draddy Gym Tuesday night.

Manhattan, in particular senior Shane Richards, hit big shots down the stretch, made things difficult on the defensive end for the Broncs, and gutted out another victory to move to 6-5 in the MAAC (9-11 overall).

END_OF_DOCUMENT_TOKEN_TO_BE_REPLACED 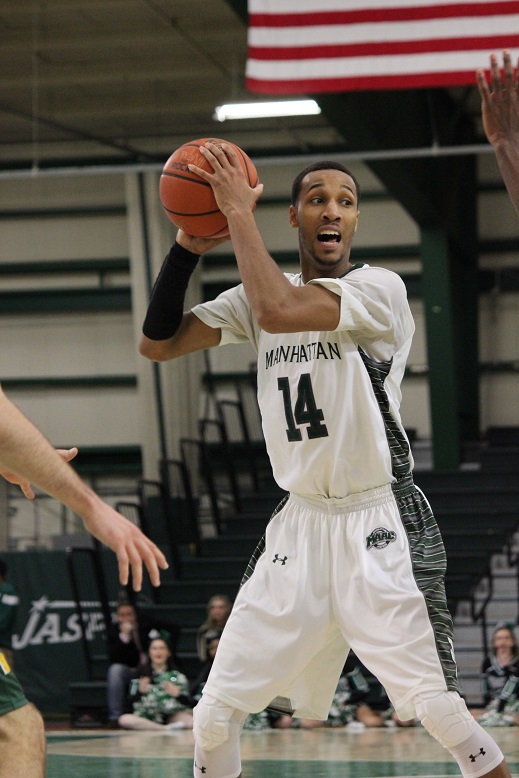 While the nation was locked in to a thrilling triple-overtime game between the top two teams in the country Monday night, another marathon was taking place in Riverdale between Manhattan and Siena. END_OF_DOCUMENT_TOKEN_TO_BE_REPLACED 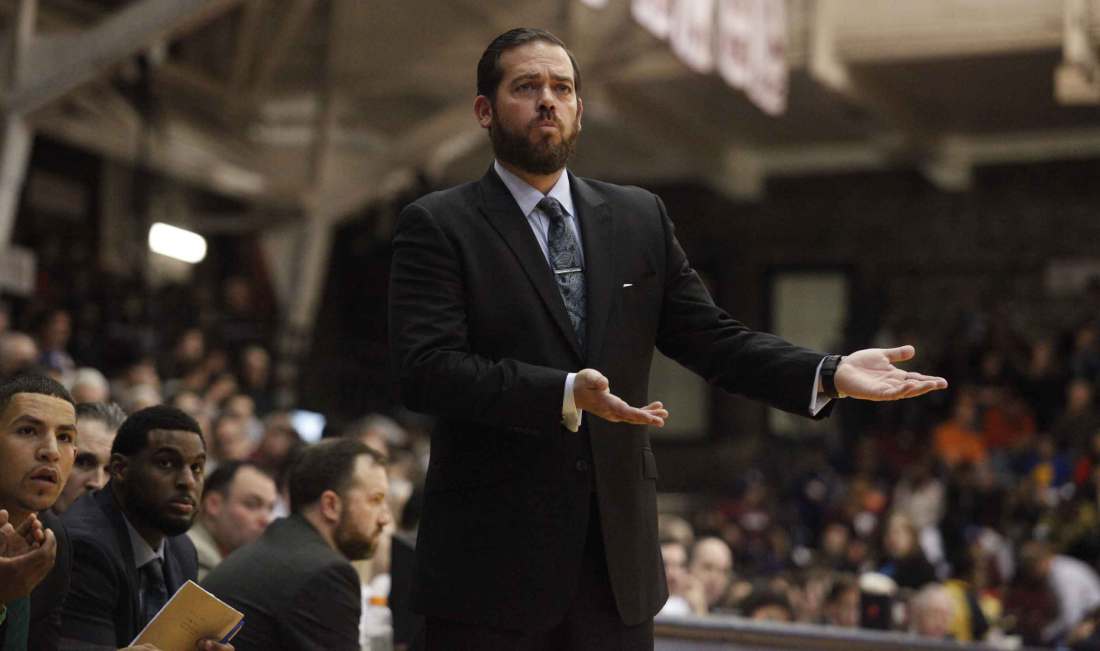 RICHMOND, Ky. – While it’s normally taboo for opposing coaches to engage in lengthy conversations before games, Steve Masiello and Dan McHale were willing to make an exception Tuesday afternoon and sat together like the old friends they are in McHale’s office at McBrayer Arena while their teams went through warmups out on the playing floor.

Why not? Despite the ups and downs that come with being a college basketball head coach, the old friends had beaten the odds. A year apart (Masiello in 1996, McHale in 1997), both came straight out of high school from the New York City metropolitan area to the University of Kentucky, both doing so not necessarily for the change of scenery, but a chance to study for what they hoped to be their chosen profession: basketball coach, which doesn’t exactly rank very high on the areas to ensure gainful employment after college.

What are the chances that a walk-on who rarely saw the floor (Masiello) and a student manager (McHale) from the same program at the same time would go on to become Division I head coaches two decades later? Slim to none, but luckily slim didn’t decide to leave the Big Apple or Lexington.