The start of the America East tournament was defined by a major stunner in Albany as the Hartford Hawks dethroned the three-time tournament champion Great Danes. END_OF_DOCUMENT_TOKEN_TO_BE_REPLACED 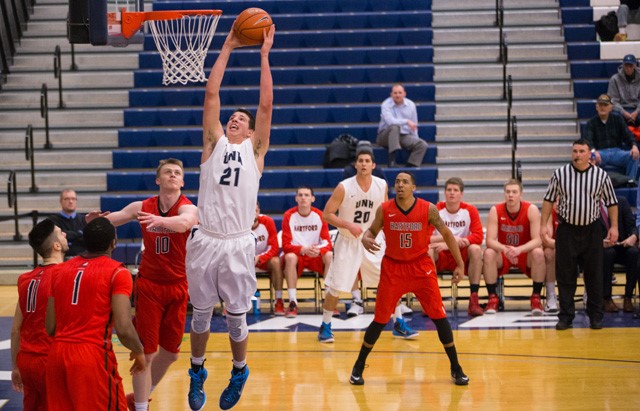 This is a guest post from New Hampshire student Sam Donnelly who was at UNH’s victory over Albany last night. END_OF_DOCUMENT_TOKEN_TO_BE_REPLACED 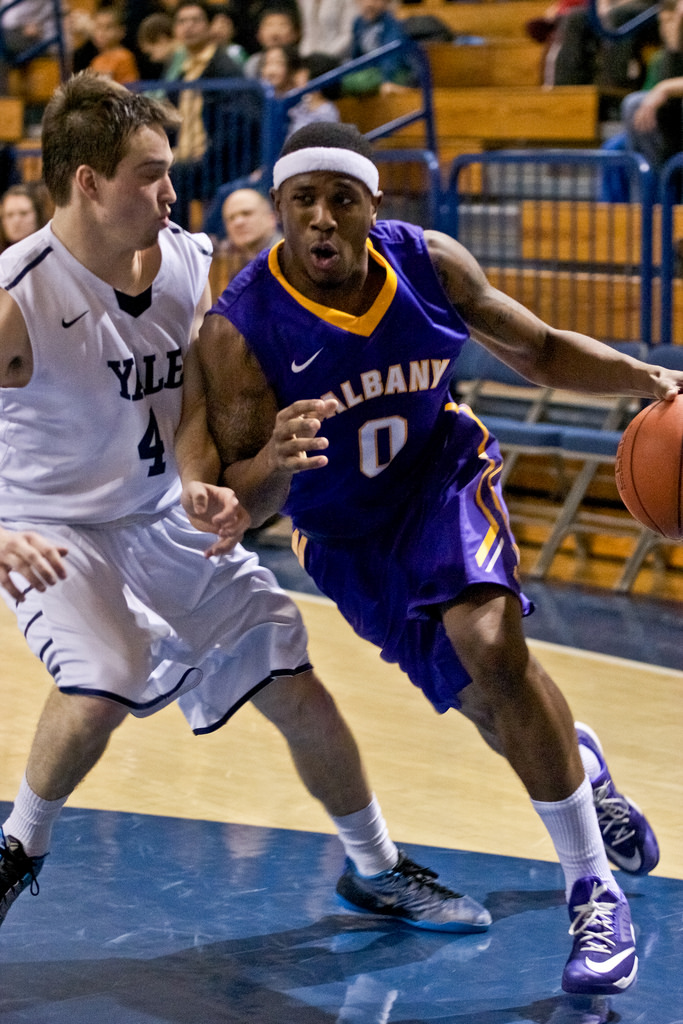 ALBANY, N.Y. – From his seat on the Yale bench, Justin Sears was constantly looking up the SEFCU Arena overhead scoreboard Sunday afternoon. Maybe he didn’t believe what he saw. Maybe he thought if he stared at long enough it would change. Or perhaps he just couldn’t watch what was actually happening on the court.

What was abundantly clear Sunday afternoon was that Yale is lost without him. Sears sat out with an ear and sinus infection, and Yale – who led SMU by eight at the half and hung with Duke at Cameron Indoor Stadium last week – was absolutely dismantled by the reigning America East champs, 88-54.

It marks the most points Yale (3-3) has allowed in regulation since New Year’s Eve 2011 at Florida, and times when the Bulldog defense (ranked 55th in defensive efficiency last season) gave up 1.29 points per possession the last couple of seasons have been few and far between (if there are any).

END_OF_DOCUMENT_TOKEN_TO_BE_REPLACED

A step forward on defense is the only thing standing between Boston University and a run at the Patriot League title. The Terriers were picked third in the preseason poll, thanks to their deep well of returning talent — but that talent ranked 317th nationally in defensive efficiency last year. In that light, it was notable not just that they beat Albany on Monday night, but how they did it: BU held the Great Danes scoreless over the final 3:40, sneaking out a come-from-behind, 69-64 victory at Case Gym. END_OF_DOCUMENT_TOKEN_TO_BE_REPLACED