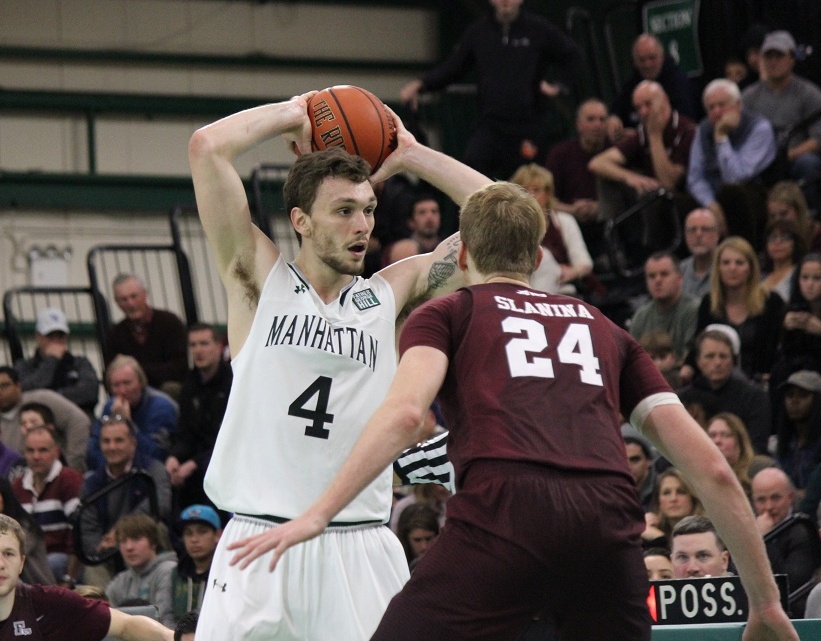 Even though NYC Buckets often looks beyond the five boroughs, there is a lot of basketball being played right in New York City. END_OF_DOCUMENT_TOKEN_TO_BE_REPLACED 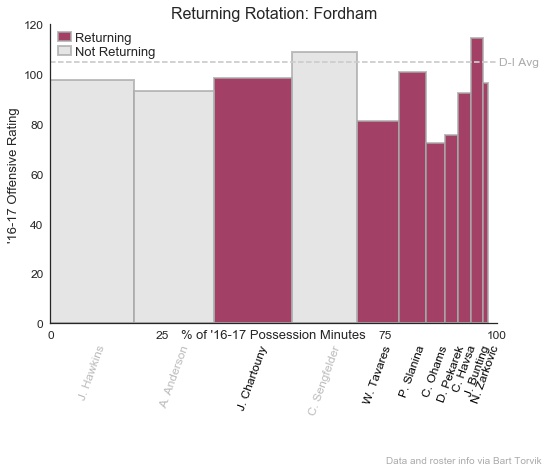 Outlook: After a good first season for Jeff Neubauer at Fordham two seasons ago, the Rams finished under .500 for the ninth time in their last ten seasons last season and enter this season with 56 percent of their scoring gone from a year ago. Can a team mostly of juniors and seniors get things back on track or will a winning season be problematic to achieve in 2017-18? END_OF_DOCUMENT_TOKEN_TO_BE_REPLACED

There are so many hurdles, both large and small, to climb to build a Division I college basketball program basically from scratch and another was on display at Rose Hill on Wednesday night for Fordham and Jeff Neubauer.

The Rams entered on one of their best Atlantic 10 stretches in a decade, having won four of seven, the last coming in double overtime at defending champion St. Joseph’s and Hawk Hill on Saturday. Dreams of finishing in the middle of the Atlantic 10 pack were dancing in their heads as they took the floor against wounded and struggling La Salle, who after a hot start to conference play had lost four of five and were without arguably its most influential player in point guard Pookie Powell.

Powell’s absence (he was 61st in turnover rate nationally before missing the last four games due to injury) seemed to play directly into the hands of a confident Fordham defense that is still second in the country in forcing turnovers.

END_OF_DOCUMENT_TOKEN_TO_BE_REPLACED

On Jan. 11, Fordham went to Davidson (where the home team is 163-26 in the last 14 seasons) and came back to New York with one of the biggest surprises of the Atlantic 10, baffling the Wildcats and holding them to 0.86 points per possession in a 60-54 loss that was Davidson’s slowest game of the season (63 possessions).

But when Fordham coach Jeff Neubauer looked and saw there was a return match a little more than two weeks later, he knew beating Davidson a second time would be a tall order.

Davidson coach Bob McKillop’s resume speaks for itself: 526 career wins, 14 seasons with 20 wins, eight NCAA Tournament appearances, and widely regarded as one of the top offensive minds in college basketball. And so, with a second look at Neubauer’s unorthodox trapping and pressuring half-court defense, the Wildcats were ready.

END_OF_DOCUMENT_TOKEN_TO_BE_REPLACED 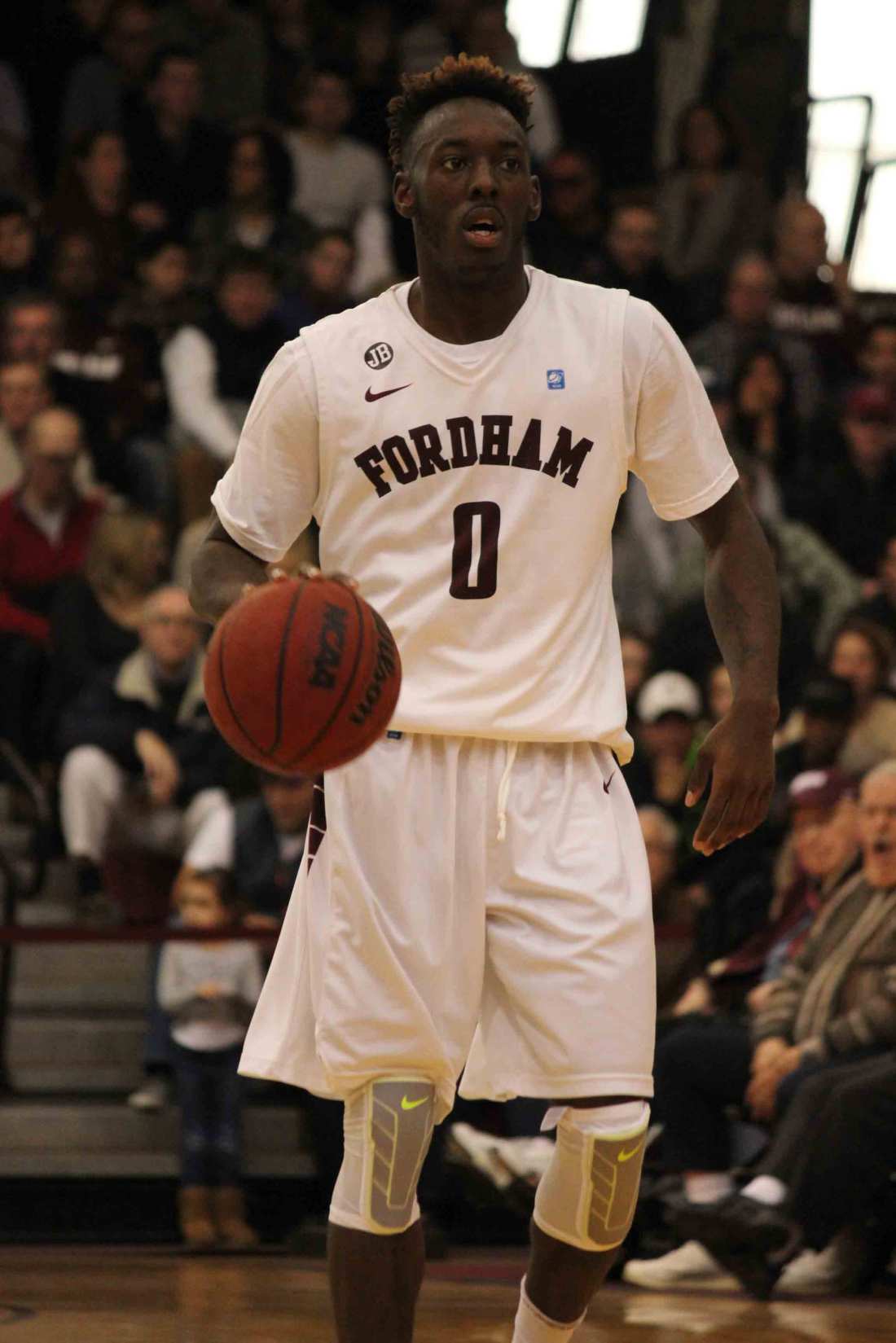 Jeff Neubauer didn’t show any emotion as Antwoine Anderson capped a memorable night at Rose Hill by drilling a step-back jumper to beat VCU 69-67 in overtime. Not a fist pump, nothing.

Even after the game, he downplayed the significance of the victory, and perhaps rightfully so. After all, Fordham is still just 8-11 overall and 2-4 in the Atlantic-10 with 12 regular season games remaining. Losing most of those games could still lead to a record in line with many other past seasons for the program, which – as you probably already know – has not tasted much resembling success since moving to the Atlantic-10 two decades ago.

But on Wednesday night, to paraphrase Herb Brooks in Miracle, Fordham stayed with VCU and Fordham shut them down. And while they might not have been the greatest college basketball team in the world, they beat a program that has been to six consecutive NCAA Tournaments and a Final Four, and had a 54-19 record as a member of the A-10 before Wednesday. For Fordham, who posted its second winning record since 1992 (the last time they graced the NCAAs, as Patriot League champ) in 2015-16 and has just one winning conference record in the Atlantic-10 ever, it was a night for hope. Hope that someday they could, maybe not be among the conference’s elite, but at least compete, and someday have their name called on Selection Sunday.

END_OF_DOCUMENT_TOKEN_TO_BE_REPLACED

Fordham improved to 3-1 on the young season with a 63-41 win over Saint Peter’s in the second day of the Johnny Bach Classic at Rose Hill Gym. END_OF_DOCUMENT_TOKEN_TO_BE_REPLACED 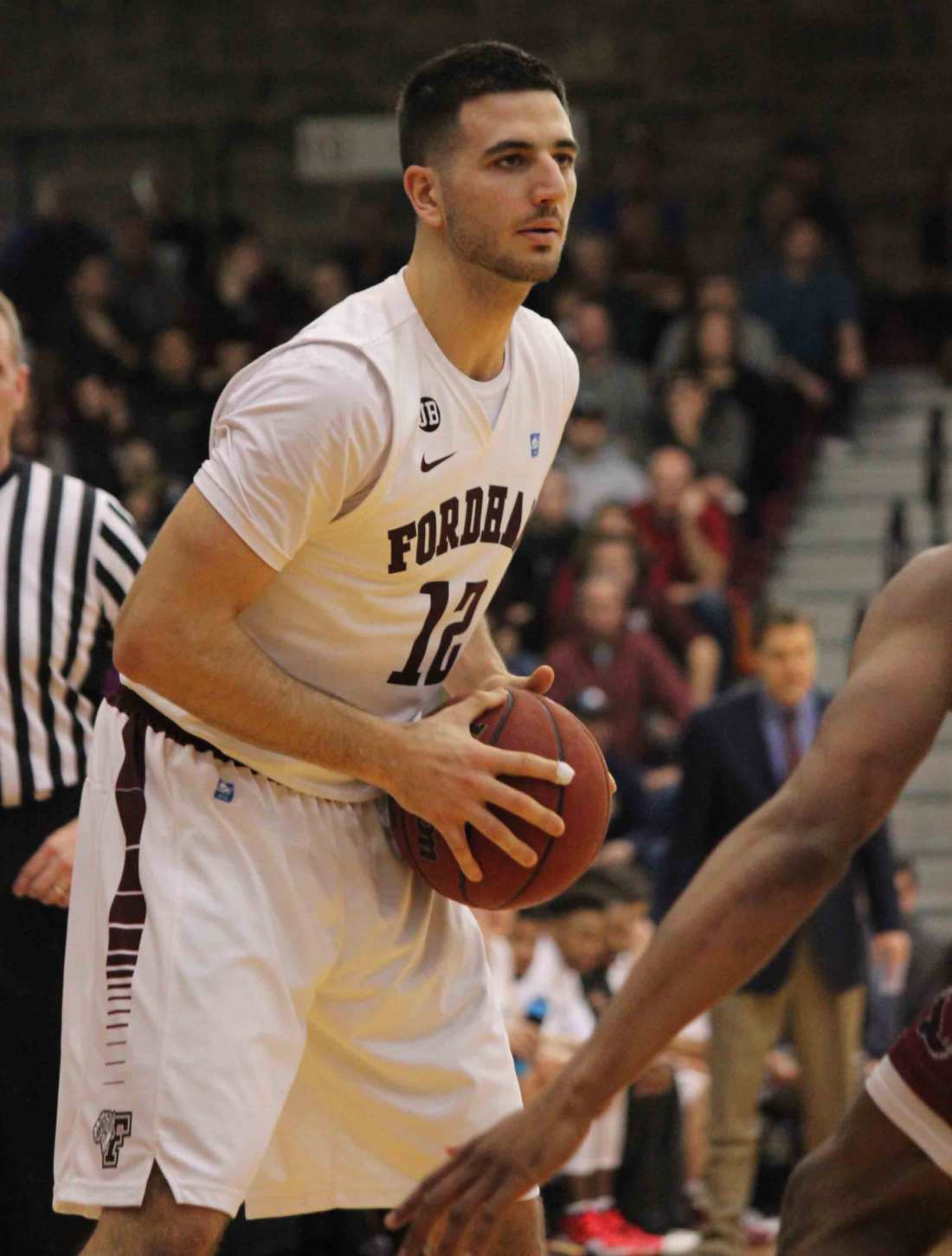 It’s Year 2 of the Jeff Neubauer Era at Fordham, and it seems to feature a lot of the same things that made the inaugural season successful: a hyper-aggressive defense that loves to create havoc in the half-court and wear teams down mentally to go with an offense that is much more patient, but likes to work inside out and shoot three-pointers when available.

The Rams rode those things to a 17-14 record, their first winning mark since 2006-07 and only the second in a quarter-century, dating back to when they were playing in the Patriot League (Fordham also made a postseason appearance since 1992, albeit in the CBI). They finished 8-10 in the Atlantic-10 after winning no more than four games in any of the previous five seasons.

END_OF_DOCUMENT_TOKEN_TO_BE_REPLACED

BRONX, N.Y. – Every loss counts the same in the standings, obviously, but Wednesday night’s 76-72 defeat in overtime to St. Bonaventure is going to sting a little longer than some of the others for Fordham. END_OF_DOCUMENT_TOKEN_TO_BE_REPLACED

AMHERST, Mass. – In an instant gratification society, baby steps are not much noticed and even less appreciated, even if they take place on national television.

Beating a UMass team that has had trouble getting out of its own way of late 78-72 in overtime before a small, mostly grumbling crowd at the Mullins Center will not send shockwaves through the land or turn Fordham into instant NCAA Tournament or even Atlantic 10 contenders.