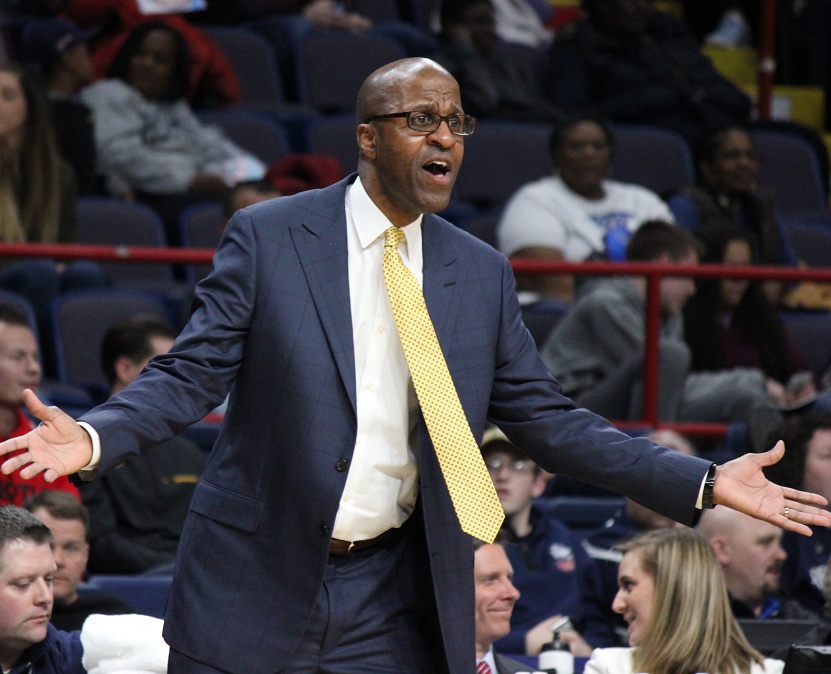 The final chapter in Reggie Witherspoon’s first year as head coach of the Canisius College Golden Griffins may not yet be written, but their run toward a MAAC title is. END_OF_DOCUMENT_TOKEN_TO_BE_REPLACED

No one heard whether or not Justin Sears called his shot, so it’s a good thing they don’t play by playground rules at Yale. END_OF_DOCUMENT_TOKEN_TO_BE_REPLACED

Last night Manhattan did something it hadn’t done since 2006, win a postseason game. The Jaspers beat Albany 89-79 behind 34 points and 10 rebounds from George Beamon. END_OF_DOCUMENT_TOKEN_TO_BE_REPLACED

The final Mid-Major Top 25 poll from CollegeInsider.com is out and there appears to be one team missing. Despite reaching the finals of the CIT, Iona isn’t in the Top 25. (They’re actually 26th, four points behind Wofford.)

Santa Clara, the team that won the CIT on the Gaels’ home court, is ranked 22nd. Butler was an obvious choice for the #1 spot in the poll and VCU, after the Rams’ Final Four run, deserved to be #2, but beyond that it probably was pretty difficult for the selectors to rank the teams. Wichita State, which won the NIT, got boosted all the way up to #5, but St. Mary’s, which lost in the first round of the NIT to Kent State, only fell to #11.

This seems to be a case of poll momentum keeping teams from cracking the list. Congratulations to Long Island.  The Blackbirds finished 17th in the poll. Also, Hofstra was in the others receiving votes category, but the CAA showed it’s strength with three teams in the Top 5. The three CAA teams in the poll also tied the West Coast Conference (which along with Santa Clara and St. Mary’s had #7 Gonzaga) for the most teams in the poll.

END_OF_DOCUMENT_TOKEN_TO_BE_REPLACED

Iona defeated East Tennessee State 83-80 this afternoon on the road to advance to the CIT Championship game. The Gaels will now play Santa Clara in New Rochelle on Wednesday night for the tournament title. Iona was carried by Mike Glover. He scored 33 points and grabbed 10 boards. Glover also shot 13-19 from the field.

Glover’s shooting was reminiscent of the entire Iona squad, which managed to shoot 52.9% from the field in the game. The Gaels had a 60.2% effective field goal percentage. That’s even better than the 54.5% the Gaels came in averaging on the season. Considering that it was on the road that’s even more impressive. Sean Armand scored 20 points for Iona on 6-11 three-point shooting.